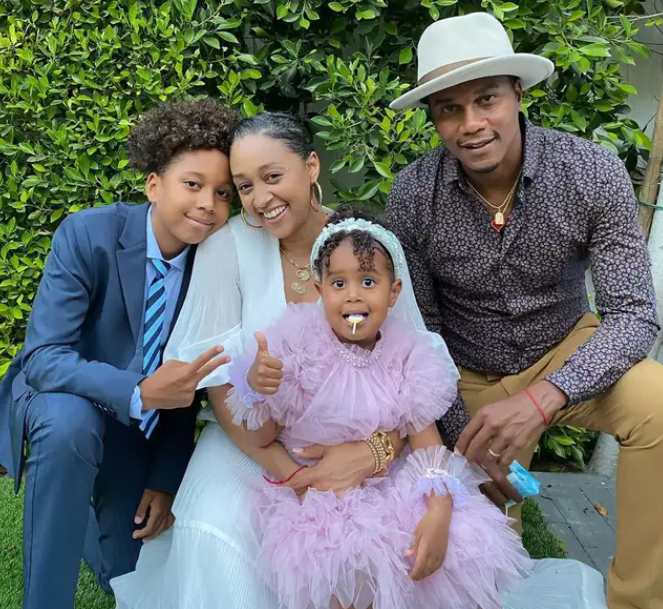 Tia Mowry & Cory Hardrict Split After 14 Years Of Marriage. They were married in 2008 and share a son Cree, 11, and a daughter Cairo, 4. Tia Mowry addressed the split on Instagram, thanking her followers and pledging to keep her connection with Cory.

“I have always been honest with my fans, and today is no different. I wanted to share that Cory and I have decided to go our separate ways,” she wrote alongside a black and white photo of the couple. “These decisions are never easy, and not without sadness. We will maintain a friendship as we co-parent our beautiful children.”

According to records acquired by The Hollywood Talks, Mowry filed for divorce from her spouse in Los Angeles on Tuesday.

The actress cited irreconcilable differences as the reason for their split in the filing (which was first reported by TMZ). While no date of separation has been specified, she is requesting joint physical and legal custody of their children, 11-year-old Cree and 4-year-old Cairo.

“I am grateful for all the happy times we had together and want to thank my friends, family, and fans for your love and support as we start this new chapter moving forward in our lives.”

Mowry and Hardrict met as undergraduates at Pepperdine University in Los Angeles before marrying in 2008.

“My husband and I were friends for a whole year before we decided to start dating,” Mowry stated in a 2013 interview with Ebony about the beginnings of their relationship.

The Disney Channel actress also revealed that she and the “American Sniper” actor “waited for a time” to be intimate with each other.

“This works for some individuals, and it doesn’t work for others, and that’s fine,” she added. “Know, study, and grasp what baggage you can and cannot bear.”

Her Father was in the armed services stationed in Germany where Tia and Tamera were born.