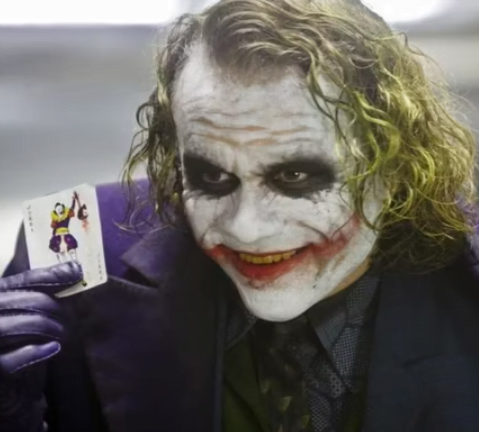 Christopher Nolan’s The Dark Knight trilogy, featuring Christian Bale as the Caped Crusader, is widely recognized as one of the best-ever Batman film franchises (per Looper). Indeed, the trilogy was a spectacular union of Nolan’s signature cinematic aesthetic with faultless character representations by stars such as Bale, Cillian Murphy, and Heath Ledger, among many others.

The representations of the numerous key Batman adversaries in The Dark Knight contributed to its reputation as an exceptional work of superhero media. It should go without saying that every superhero film should normally feature the introduction of a supervillain who will unavoidably cause mayhem and tease the hero in every manner until the very end. Many villains left their imprint on Gotham and Batman in the world of Nolan’s The Dark Knight. How they all rank is shown below.

The Dark Knight Rises introduces Talia Al Ghul as Miranda Tate, who also happens to be a board member of Wayne Enterprises. Talia Al Ghul, portrayed by Marion Cotillard, is a femme fatale who is first presented as Bruce’s potential love interest. Naturally, as time goes on, the truth about her actual background and goals emerges, revealing her to be Ra’s Al Ghul’s daughter who has come back to Gotham to carry out her father’s vow for annihilation. Having said that, Talia herself caused little to no damage to the city in The Dark Knight Rises, choosing to work in secret and let Bane be the public face of her grand scheme. She posed significantly less danger to the Caped Crusader as a result.

In The Dark Knight, Two-Face was the alter persona of Gotham attorney Harvey Dent (played by Aaron Eckhart). Two-Face, who had a terrible history, was one of the darkest villains in Nolan’s Batman trilogy because of how he symbolized one’s breakdown in the face of sorrow, suffering, and loss. Dent began as an attorney who firmly believed in the criminal justice system, but after Rachel’s death, he begins to discover holes and eventually loses trust in justice. Joker pulled the metaphorical trigger, which was ultimately enough to transform the once-celebrated White Knight of Gotham into the paranoid corrupt criminal who left the fates of his victims to chance.

Jonathan Crane, also known as The Scarecrow was originally featured in Batman Begins as an apparently ordinary psychiatrist who nearly killed Batman with his trickery. Scarecrow, superbly portrayed by Cillian Murphy, exploited his victims’ worries by dosing them with a hallucinogen known as “Terror Toxin,” a form of chemical that instilled fear in its victim of anything and anything around it. Crane wanted to intoxicate the entire rotting Gotham with his psychedelic, specially created from a rare blue Himalayan flower. Of course, The Dark Knight finally foils his evil ambitions. Scarecrow established the tone for Nolan’s grittier and more exciting Batman trilogy as the first villain.

Henri Ducard (Liam Neeson) a.k.a. Ra’s Al Ghul is first introduced to Bruce as a mentor in Batman Begins, teaching him the skills that would later help him become the Caped Crusader. Soon later, however, the individual is revealed to be the main adversary, someone who wants nothing more than to destroy the crime-ridden Gotham. Ra’s Al Ghul, although being a strong foe of Batman, is defeated. His plan to destroy Gotham City, however, continued with the support of several villains including Bane and Talia.

Bane, played by Tom Hardy in The Dark Knight Rises, is the only enemy in the whole trilogy who was able to physically defeat Batman and destroy more of Gotham. Indeed, Bane harms Batman in unimaginable ways, from bankrupting his business to injuring his spine, making him a dangerous antagonist in Christopher Nolan’s The Dark Knight trilogy. The rather disheartening revelation that Talia was, in reality, the mastermind behind all of Bane’s acts keeps him from topping our list.

Heath Ledger’s Joker was not just the finest villain of Nolan’s Batman trilogy, but also the best superhero movie villain for years to come in The Dark Knight. Ledger’s portrayal of the Joker was so terrifyingly genuine that he received a posthumous Academy Award for it. Indeed, the actor left large shoes to fill for the character, which has since been performed by Joaquin Phoenix in Joker and temporarily by Barry Keoghan in The Batman. Because of his complicated character and innately wicked goals, Ledger’s Joker established the standard for all future Batman adversaries. He was untamed anarchy personified, and he put Batman through a severe physical and psychological test that left him scarred for life.

WebStories:  The Dark Knight Trilogy: Every Villain in Batman Trilogy