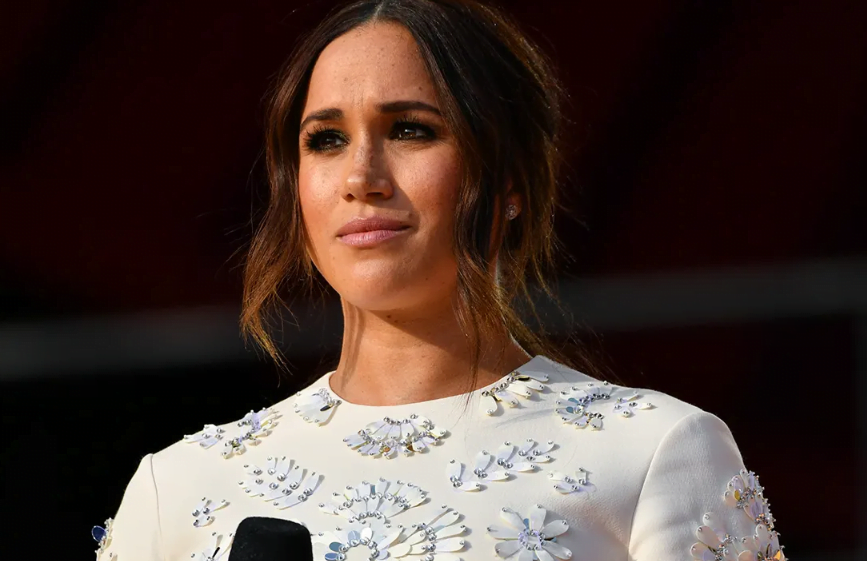 Meghan Markle has reportedly canceled several U.S. engagements in the next couple of weeks coinciding with Queen Elizabeth II’s funeral.

MEGHAN MARKLE had planned to be on “The Tonight Show Starring Jimmy Fallon” and attend the United Nations General Assembly with Prince Harry on Sept. 20 but has canceled both following the queen’s death, according to the THT, which cited sources familiar with the matter.

The queen died “peacefully” at 96 years old on Thursday at her Scottish retreat Balmoral Castle.

MEGHAN MARKLE also plans to delay the release of the fourth episode of her popular Spotify podcast “Archetypes” set to be released on Tuesday. Her latest episode, in which she interviewed Mindy Kaling, came out last Tuesday.

WHY MEGHAN MARKLE MIGHT NOT ATTEND QUEEN ELIZABETH II’S FUNERAL: ‘IT ’MAY NOT BE POSSIBLE,’ ROYAL EXPERT SAYS

Meghan Markle chats with people inside the Drawing Room during a visit to Cardiff Castle on January 18, 2018 in Cardiff, Wales.
(Photo by Ben Birchall – WPA Pool / Getty Images)

“Meghan was due on Fallon,” a source told the Post. “I don’t even know what she was going to talk about, but that’s obviously canceled now.”

While the date of the queen’s funeral has not been set, it will likely be around that time.

Harry and Meghan were in Europe and the United Kingdom before the queen’s death and Harry had planned to speak at the WellChild Awards in London on Thursday.

But when his grandmother’s health took a turn for the worse, Harry canceled his appearance and rushed to Balmoral Castle in Scotland while Meghan remained in London. Kate, Princess of Wales, also stayed behind while William, the Prince of Wales, flew to Balmoral.

MEGHAN MARKLE’S ABSENCE IN SCOTLAND LIKELY DUE TO KATE MIDDLETON’S DECISION TO STAY BEHIND, EXPERT SAYS

Queen Elizabeth II arrives to mark the completion of London’s Crossrail project at Paddington Station on May 17, 2022, in London. She died “peacefully” at 96 years old on Thursday at her Scottish retreat Balmoral Castle.
(Andrew Matthews – WPA Pool/Getty Images)

It’s unclear if Meghan will be able to attend the queen’s funeral at Westminster Abbey.

Former British public affairs official Shannon Felton Spence told THT Digital the couple had originally intended to be in the U.K. for just a week and Meghan may not want to leave her two young children for much longer than that.

Harry and Meghan sit with their son Archie during their tour in Cape Town, South Africa on Sept. 25, 2019.
(Getty)

“Harry will likely stay in the U.K. until the funeral,” Spence said. “I can’t imagine Meghan won’t attend, but again from a human perspective, Meghan was expecting to leave the kids for six days, not weeks, so [it] may not be possible for her to stay the whole time.”

Prince Harry and Meghan Markle share the first photo of daughter Lilibet, who was born on June 4, 2021.
Harry and Meghan live in Southern California with their two children Archie, 3, and Lilibet, 1, (who is named for the queen).

Royal mourning would also continue for a week after the funeral and includes members of the royal family.

Buckingham Palace said on Friday: “Following the demise of Her Highness The Queen, it is His Highness The Ruler’s desire that a time of Regal Grieving be seen from this point until seven days after The Queen’s Memorial service. The date of the Memorial service will be affirmed at the appointed time. Imperial Grieving will be seen by Individuals from the Regal Family, Illustrious Family staff and Agents of the Regal Family on true obligations, along with troops focused on Stylized Obligations.”