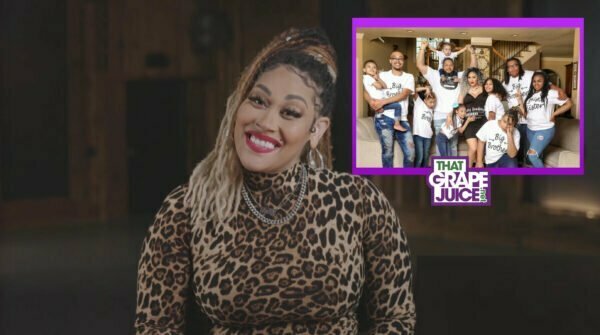 Keke Wyatt has 11 children and claims she’s still thinking about increasing her family. Wyatt welcomed her 11th child, son Ke’Zyah Jean, on May 27, her second child with spouse Zackariah Darring. Wyatt took to Instagram to share a photo of Darring cradling their healthy baby son and stated the infant was a “miracle” after testing positive for the genetic disease trisomy 13. It is a rare chromosomal disease in which chromosome 13 appears three times.

Patau Syndrome is another name for the disease. Doctors warned Wyatt of a dangerous birth, but with faith, Ke’Zyah was delivered in June.

Keke was playing at the City Winery on Sunday when she announced her son’s illness (Mar. 13). Keke shared her personal tale as belting out an emotive Gospel tune.

“Most of you are aware of the difficulties I encountered during my pregnancy. “Despite the positive trisomy 13 test findings, my husband and I decided not to accept the Medical Specialist’s recommendation to abort our baby early,” she stated.

Ke’Tara Shavon “Keke” Wyatt was born March 10, 1982, in Indianapolis, Indiana to Lorna Wyatt, a vocalist and Keever Wyatt II, an organist and also a vocalist.

Keke Wyatt is an American singer-songwriter, actress, and television personality. Wyatt has six further children from his marriages to Rahmat Morton and Michael Ford.

As of 2022, Keke Wyatt Net Worth is estimated to be around $4 million US

Tonight, she appears on TV One’s Uncensored to discuss her life and work. Wyatt mentions in an episode preview that her childhood desire was to have a large family.

“When I was a small kid, I always claimed I wanted a lot of children,” she explains. “I’m up at 11, so we’ll see what the rest of the day brings.” I believe I’ll do one more. “One more, one more,” I kept saying.

Wyatt, 40, also says she enjoys being a mother. “I don’t think I’d be who I am now if I wasn’t a mommy,” she adds. “I started my job with a child, and I’m still in my career with 11 children, despite the fact that [advisors] warned me, ‘If you have a baby, you won’t be able to accomplish what you need to do.’ You are not permitted to travel or engage in such and such activities.’ Okay, I said. “When my mother looked me in the eyes, she said, ‘Baby, you can do whatever you want with or without a baby.'”