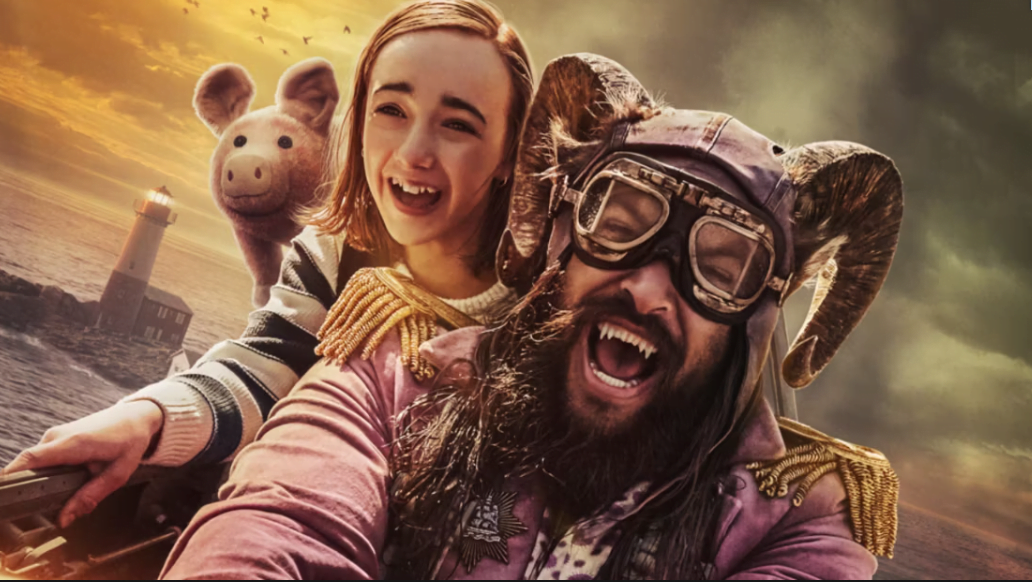 Slumberland, the upcoming film starring Jason Momoa and Marlow Barkley Travel Magically in the Slumberland is one of his most unforgettable performances yet, and has received an official trailer and key art from Netflix.

Slumberland, available on Netflix on November 18, 2022 which is based on Little Nemo in Slumberland, takes viewers on a trip through a mythical land, with Momoa’s Flip supporting a little girl (Marlow Barkley) in locating her father.

Slumberland is directed by Francis Lawrence (I Am Legend, The Hunger Games: Catching Fire, and Mockingjay), from a script by David Guion, and it stars Michael Handelman (Night at the Museum; Secret of the Tomb). Peter Chernin, Jenno Topping, David Ready, and Lawrence are the producers; Guion, Handelman, and Ray Angelic are the executive producers. Along with Chris O’Dowd, Kyle Chandler, Weruche Opia, Indie de Beaufort, and Humberly Gonzalez, Momoa and Barkley play the lead characters.

The film Slumberland transports viewers to a fantastical new setting, a dreamworld where precocious Nemo (played by Marlow Barkley) and her oddball companion Flip (Jason Momoa) set off on an unforgettable journey. Young Nemo’s peaceful life in the Pacific Northwest is radically upended when she is moved to live in the city with her well-meaning but socially awkward uncle Phillip (Chris O’Dowd) following the sudden loss of her father Peter (Kyle Chandler) at sea. By day, she finds her new school and routine tough, but at night, she meets Flip, a rough-around-the-edges but endearing outlaw who rapidly becomes her sidekick and guide, thanks to a hidden map to the mystical kingdom of Slumberland. Nemo quickly finds herself on a fantastic voyage with Flip, navigating dreams and escaping horrors, and she starts to feel hopeful that she will eventually find her father again.

Also Read: BTS has released a song for The FIFA World Cup, which will begin in Qatar on November 20

Slumberland is based on the comic book series

Little Nemo in Slumberland by Winsor McCay served as a direct inspiration for the idea of Slumberland. In that comic, a small child named Nemo experiences fantastic dreams, which are finally cut short by his awakening in the last panel. The 1989 animated film Little Nemo: Adventures in Slumberland was one of several previous adaptations of the comic that have been made in the past across a variety of media. Along with the animated movie, Little Nemo: The Dream Master on the Nintendo Entertainment System draws influence from the original plot. In 2012, Little Nemo was the subject of an opera.

On Nov. 18, 2022, Slumberland will make its Netflix debut. Both Netflix.com and the Netflix app will be able to view it. The new key art for the movie is seen below.