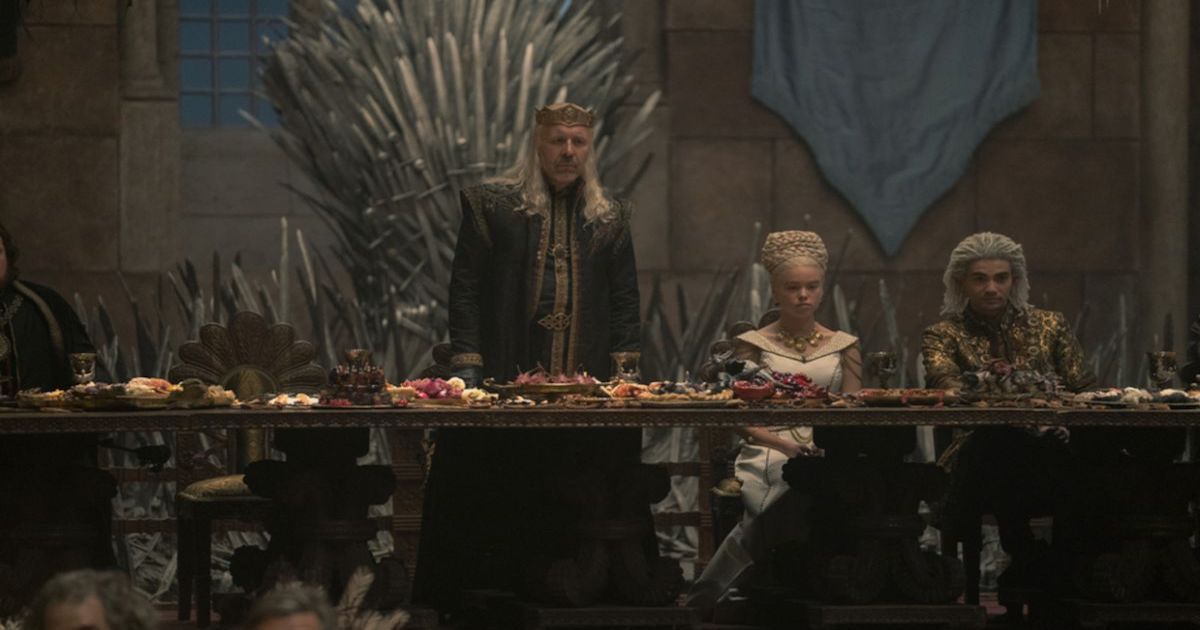 Marriage is seldom a cause for celebration in the world of Game of Thrones. There are, of course, exceptions. Robb Stark’s marriage to Talisa was a happy (though short-lived) union. Despite the fact that their marriage was planned, Catelyn and Eddard Stark fell profoundly in love. These unfortunate people, however, are the exception that proves the norm; weddings between members of Royal Houses are often political agreements meant to keep Westeros at peace.

This practice of carefully crafted alliances was previously covered in House of the Dragon. Princess Rhaenyra was appointed heir to the Iron Throne by her father, King Viserys, making marrying her a very attractive option. The Princess was originally hesitant to pick a suitor, but when she engaged in inappropriate conduct with her uncle Daemon, the King was enraged and insisted that Rhaenyra marry Laenor Velaryon as soon as possible.

During the historical period represented in House of the Dragon, House Velaryon and House Targaryen are the two most powerful houses in Westeros. Despite the significant political consequences of their marriage, there are several grounds to anticipate that their married life will be filled with turmoil and may be brief. What will the outcome of this royal marriage be?

A Tense Wedding Spells the Death of Laenor’s Longtime Lover

A royal wedding should be a huge party, but the union of Rhaenyra and Laenor was strained to say the least, and it ended in complete pandemonium. Ser Joffrey Lonmouth, Laenor Velaryon’s amorous companion, confronts Ser Criston Cole, Princess Rhaenyra’s personal bodyguard, and informs him of the Princess’s steamy affair with Cole. Ser Cole, enraged, proceeds to beat Joffrey to death while the wedding guests watch in terror.

RELATED: House of the Dragon Episode 8 : When It Will Be Released?

The wedding guests are all sent home, and the ceremony is relocated to a nearby private location. Laenor is understandably grieved by his partner’s death, and he finishes his vows to Rhaenyra with a shell-shocked expression on his face. The following picture shows Joffrey’s blood still drying on the royal hall floor. Obviously, the memory of this awful tragedy will forever tarnish Laenor and Rhaenyra’s marriage, and it’s impossible to think how they’ll move on.

Will House Velaryon Be Friend or Foe to House Targaryen? 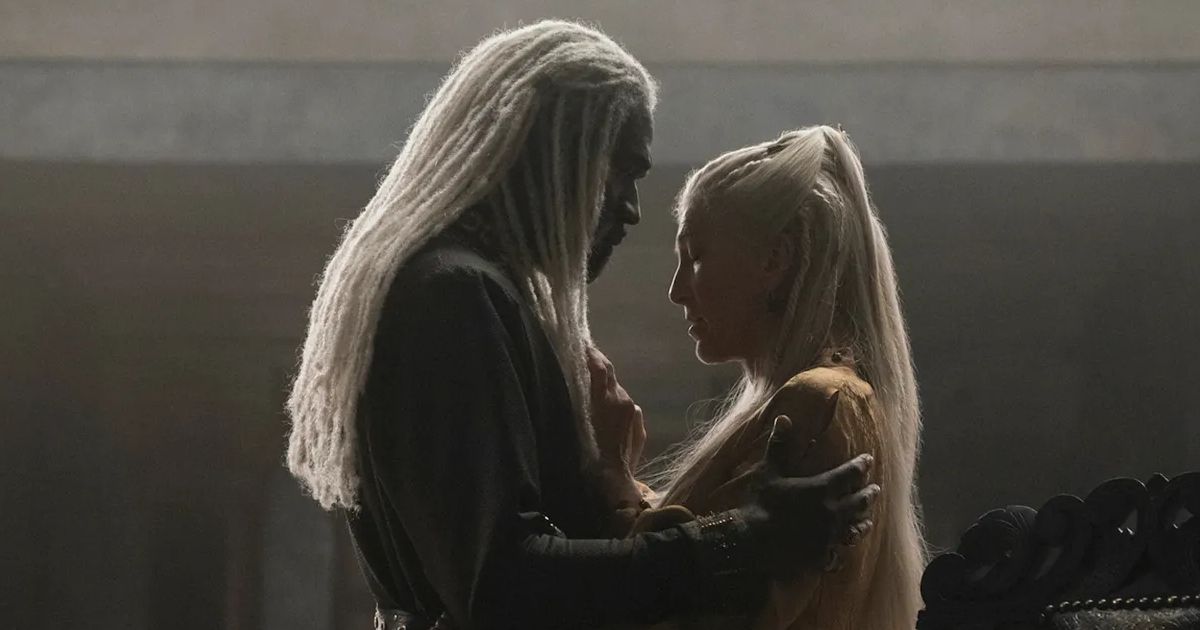 The choice of King Viserys to wed his daughter to Laenor was deliberate. By choosing to wed Lady Alicent Hightower rather than his kid cousin Laena Velaryon, the King had already insulted the family. The two houses could combine as a result of this union, which would be a crucial alliance for House Targaryen in any further confrontations.

Ser Corlys Velaryon, the father of Laenor, is a powerful naval fighter known as the “Sea Snake,” and Rhaenys Targaryen, the mother of Laenor, was the favorite to succeed to the Iron Throne before King Viserys was selected instead because of his gender, giving her the nickname “Queen Who Never Was.” The throne will soon be vacant due to King Viserys’ rapidly deteriorating health, and Rhaenys would have a strong claim. If Rhaenyra wishes to create a new royal dynasty, she must maintain her unhappy marriage and bear children with Laenor.

Political unions are sometimes unpleasant, and Laenor and Rhaenyra’s marriage was no exception. The likelihood of the two ever forming a romantic relationship is slim. At the same time, if Rhaenyra wants to take the throne, she must maintain the marriage because it would be challenging to succeed if House Velaryon rejected her claim. Arranged weddings can be one of the most challenging aspects of royal life, but Rhaenyra will soon need to learn what it takes to be a good queen, and continuing her marriage to Laenor will play a significant role in that.