Here’s everything you need to know about the main members of the Targaryen family tree in the House of the Dragon.

King Viserys (Paddy Considine), the fifth Targaryen king of the Seven Kingdoms, serves as the primary patriarch at the beginning of House of the Dragon. He is regarded as a peaceful but ineffective leader and is the great, great, great-grandson of Aegon the Conqueror.

The Rogue Prince, his younger brother Daemon Targaryen (Matt Smith), is ambitious, careless, and explosive in comparison. He is a fearsome fighter who flies atop the powerful dragon Caraxes. Daemon, who is the next in line to the throne at the beginning of House of the Dragon, feels that he should succeed Viserys as ruler.

Aegon “The Conqueror” Targaryen is the deceased Targaryen who has been referenced in Game of Thrones the most (apart from the Mad King and Rhaegar). By seizing control of the majority of the Seven Kingdoms and unifying them under his reign, he established the royal line. In keeping with the exceedingly evil family custom of keeping their bloodline “pure,” which in this context implies “dragon-riding and maybe mad,” Aegon also wed both of his sisters, Rhaenys and Visenya.

In the beginning, it is pronounced “Ennis.” Be polite. Since the Targaryen dynasty’s inception, the Velaryon family has had a stake in the game of thrones thanks to his wife Alyssa, a Velaryon.

Incest: First cousins, which for this family is genetically equal to a rando off the street.

Viserys and Aemma, the monarchs at the beginning of House of the Dragon, are the progeny of Baelon and Daella Targaryen, respectively. Rhaenyra is their only child, and they are hoping for a son in part because Viserys’ brother Daemon might take the throne in the absence of a son.

To complete the circle, consider the statement that Targaryen blood purity signifies being “dragon-riding and maybe mad.” That is exactly Daemon. The T stands for Targaryen, too.

Rhaenyra Targaryen, the firstborn child of King Viserys and his first wife Aemma Arryn, is represented by Emma D’Arcy and Milly Alcock. She does not expect she would reign as she grows up until her father King Viserys declares her to be his chosen heir and orders the lords of the Seven Kingdoms to submit to her. 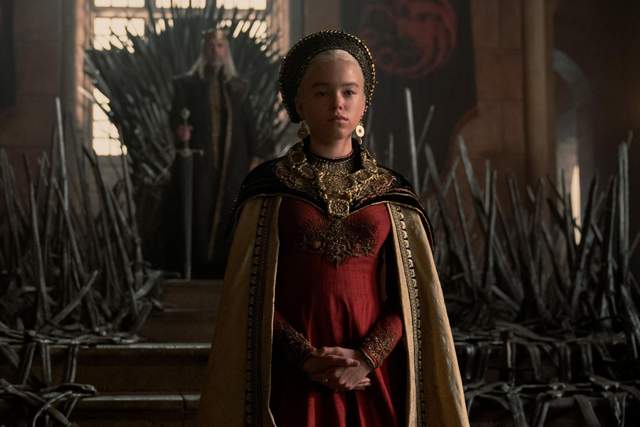 Rhaenys is Aemon Targaryen’s firstborn child and the oldest granddaughter of Jaehaerys and Alysanne. She is wed to Corlys “The Sea Snake” Velaryon, and as a result of their union, a huge amount of the realm’s wealth and power has been concentrated into one formidable mega-family.

She and her son Laenor’s bid for the Iron Throne were turned down in favour of Viserys, her younger cousin. A mistake was that move?

Incest: Super distant cousins, to the point where it’s a wash.

These two are actually… sort of lovely, as far as sibling incest goes? They were set to be married off to other families but instead ran away and eloped since they had been in love since they were little. (Agreed, nope. Still awful.)

Together, Jaehaerys and Alysanne exercised effective leadership, and the Targaryens benefited much from their rule. They also had a large number of children, but only four of them ended up being very important.

Jaehaerys I Targaryen’s firstborn living son and heir was named Aemon. Although he married a Baratheon, who didn’t seem to be very incestuous, the Baratheon was also his aunt. Aemon left the heirship to his younger brother Baelon when he passed away before his father.

Incest: Whatever a guy marrying his parents’ shared half-sister is.

We’re back to marrying off our siblings, I see. Baelon, who had two children with his sister Alyssa after his brother Aemon passed away, assumed the role of the new heir. Then he passed away, leaving Jaehaerys and Alysanne without any sons who might legitimately succeed in the kingdom.