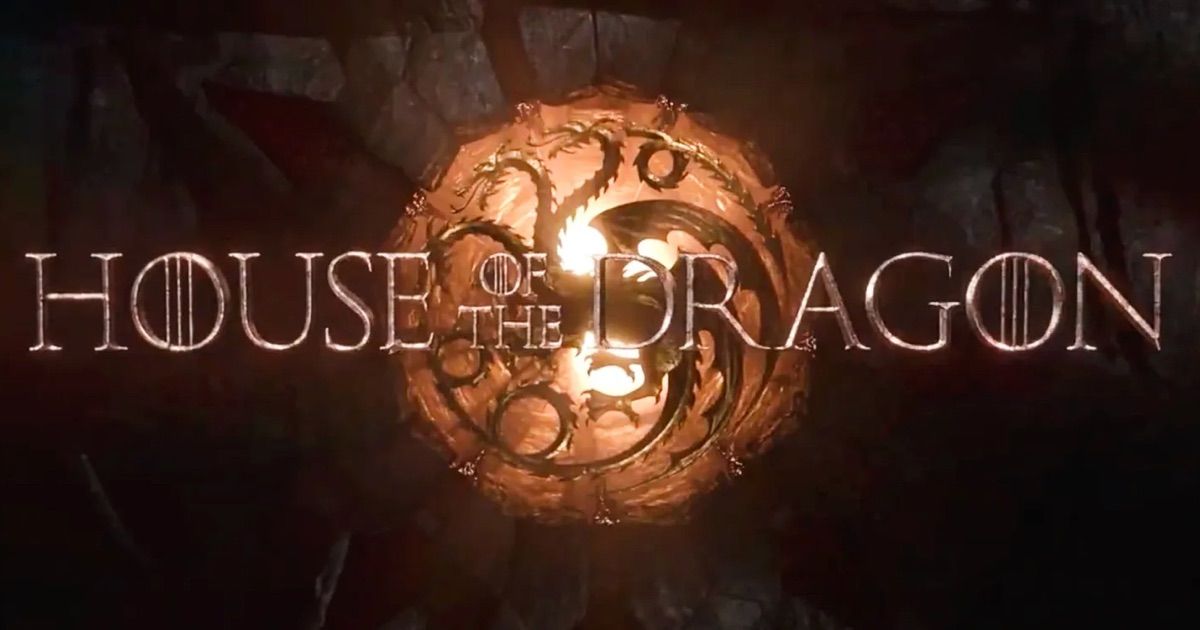 This article contains spoilers for House of the Dragon Season 1: Top Moments, Ranked. The history of Game of Thrones was expanded upon in HBO’s House of the Dragon, which gave a lot of attention to the Targaryen family dynasty. Viewers are treated to the traditional political dance that characterizes Westerosi culture, which primarily takes place during the lengthy reign of King Viserys the Peaceful. Even though there may not have been as much violence as in the first season, the scenes that did involve vicious combat were powerful and unforgettable.

Here, we’ll take a look back at the most memorable moments from the first season, including the more joyous moments that were sadly too few and far between, as well as epic battles, subtly humorous moments, and political intrigue. We’ll be rating these scenes based on how they affect the overall plot of the show, how the scene contributes to character growth, and how much of an emotional impact they have on the audience. 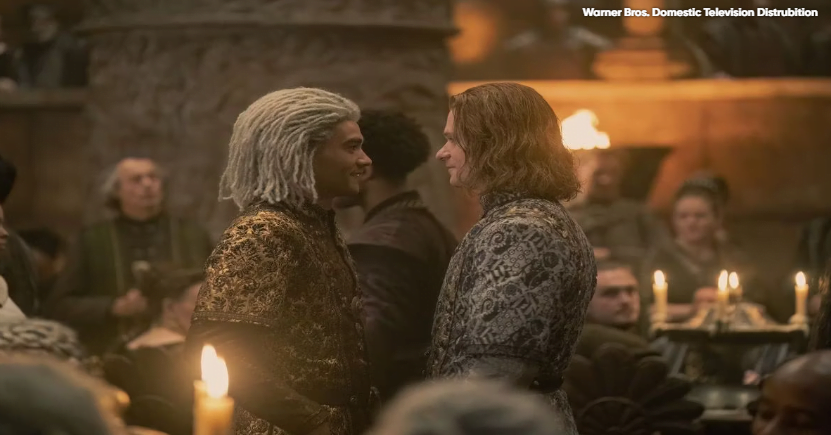 Due to their respective responsibilities to their families, Prince Laenor Valaryon and Princess Rhaenyra Targaryen are compelled to wed. But neither of them really bought into the romantic side of this entanglement. This would force compromises because Rhaenyra would find out that Laenor is gay and has no interest in his betrothed.

Rhaenyra stands by her fiancé and assures him that he can be himself around her and that she won’t harbor any grudges against his personal or professional relationships.

Rhaenyra eventually developed feelings for her uncle Daemon and tried to get married to him, but this was impossible while Laenor was still alive. Daemon makes it seem as though Laenor’s lover killed him in a jealous rage in order to find a solution that would satisfy everyone. The audience would learn that Laenor had shaved his distinctive hair and fled King’s Landing with his lover so that he could live his life free of political burdens after Laenor’s family discovered a burnt corpse and started mourning their son.

6- House of the Dragon Season1: Top Moments (An Eye for a Dragon) 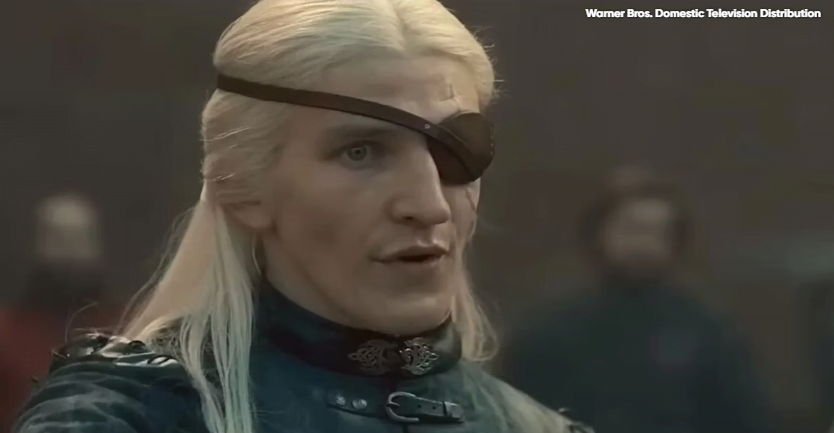 The fact that the majority of his family members owned dragons made Prince Aemond jealous. He seized the chance to attach himself to Vhagar, the biggest and most formidable dragon fighting under the Targaryan flag. Vhagar was originally supposed to bond with Rhaena, the rider’s daughter from before. Aemond is self-assured and vindictive when confronted by his nephews and nieces, which causes an altercation that results in Aemond losing one of his eyes.The most striking moment occurred after the fight, when Queen

Alicent attempted to take matters into her own hands and take Lucerys’ eye in exchange, though the fight would prove to be a precursor to the constantly escalating tensions within House Targaryen. Alicent would be exposed to the court for her hysterical behavior, and Princess Rhaenyra would defend her son, resulting in a private exchange of words. When Aemond told his mother that he had already made an equal exchange, he would be the voice of reason, his confidence unaffected by the loss of his eye. An Eye of the dragon.

5- House of the Dragon Season 1: Top Moments (Daemon Vs. Crabfeeder) 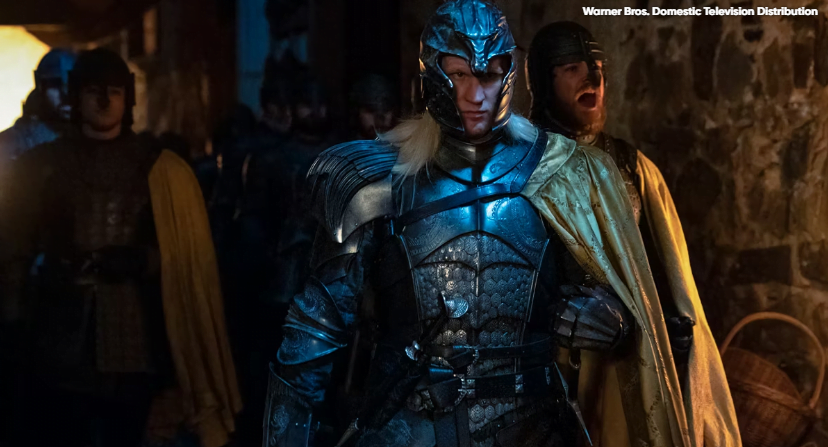 Corlys Valaryon and Prince Daemon would band together to fight Craghas Drahar, the Crabfeeder, for control of the Stepstones. Daemon would try to show that he was a skilled warrior, but the Crabfeeder’s tactics were so cunning that not even his terrifying dragon Caraxes could stop them.

Daemon decided to launch an all-out assault rather than wait for his brother to arrive to save him after learning from a letter that he planned to send reinforcements. Before Laenor and his dragon, Seasmoke, flew overhead, Daemon would enter the Crabfeeder’s camp under the pretense of surrender and slaughter a large portion of the army by himself. The Crabfeeder would then encounter Daemon off-screen, and after the battle, Daemon would return bearing his defeated foe’s dismembered corpse.

The development of Queen Alicent from a timid young woman who only does as she is told to a strong woman who is not afraid to stand up and fight for what she believes is fraught with tragedy and shattered relationships. Alicent confronts Rhaenyra after her father is exiled for spreading false information about Rhaenyra’s virginity, but Rhaenyra swears on her mother’s grave that she didn’t sleep with Daemon.

After learning that Rhaenyra had slept with Ser Criston Cole while claiming to be a virgin, Alicent’s heart grows cold and she takes a stand against her ex-friend. Alicent showed up late for the wedding feast and dressed elegantly in green, the color her family uses to declare war, as a subtle allusion to the escalating tensions. 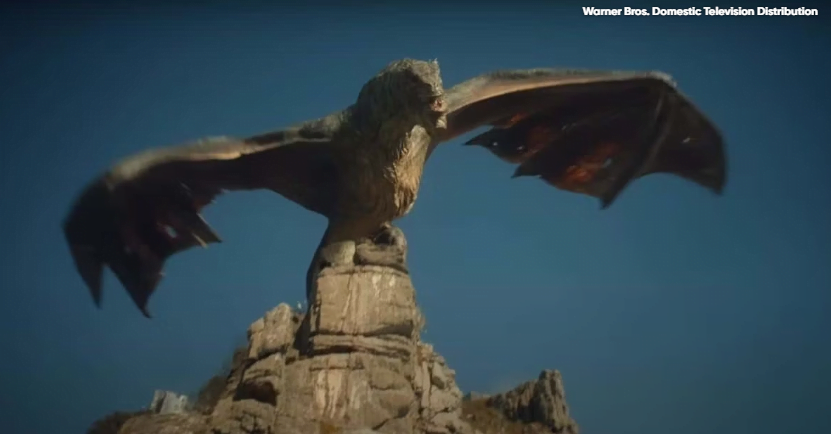 The start of the eponymous Dance of Dragons is saved for the final few seconds of the season finale, despite the fact that there are a few instances where a duel between dragons is hinted at throughout the first season. As the young prince makes an effort to leave a failed negotiation with House Baratheon, Aemond follows. The audience is treated to terrifying imagery as Lucerys and Arrax are flying through a fierce storm, with the audience seeing the shadows cast by the giant Vhagar, foreshadowing the brutality that is to follow. Vhagar claims he wants to take Lucerys’ eye.

Both riders would start to lose control of their dragons as Lucerys attempted to flee from Aemond by piloting Arrax through a precarious cliff edge. Arrax would disobey Lucerys’ orders to run and turn around to attack Vhagar. Lucerys and the audience are given a brief respite as Arrax soars above the storm before Vhagar rises through the clouds, devours Lucerys whole, and swallows Arrax’s body, leaving the dragon’s wings to drop to the waves below. It is unclear how much of this war is the result of bad decisions and how much is the result of Aemond’s audible attempts to regain control of Vhagar. 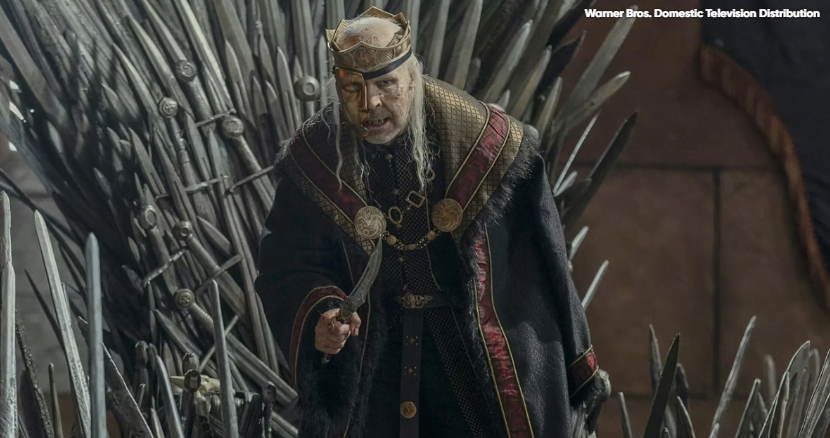 During his reign, King Viserys only wished for the harmony and happiness of his family. Viserys would grow weary of witnessing his family break under the weight of the throne, even as he spoke of a prophecy warning of a threat from the North in an effort to prevent a civil war. Viserys would request dinner with his immediate family as he started to lose his battle with illness and aging.

Rhaenyra and Alicent would start to mend their broken friendship, and Daemon would demonstrate that he still cared for his brother despite their frequent arguments. This would be the setting for the reunion of a broken house. Viserys’s reaction when he turned around and saw his family laughing and having fun together rather than constantly arguing with one another was incredibly touching. Viserys had retired before witnessing the facade fall, so the King was honored to have one last joyful memory

Related: Where Was House of the Dragon Shot? All Real-Life Westeros Locations

1- House of the Dragon Season 1: Top Moments (Rhaenys, the Dragonrider) 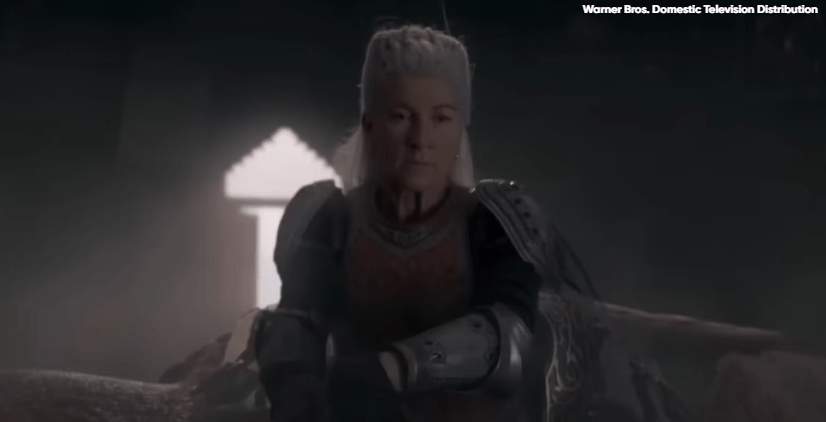 The never-existing queen is Rhaenys Targaryen. Rhaenyes was chosen over Viserys despite the fact that many people thought she had a legitimate claim to the throne because they thought no one would follow a queen’s orders. Rhaenys would witness a number of political plots, including Rhaenyra being named heir only for Viserys to have a son, which caused Rhaenyra’s claim to be questioned, mirroring Rhaenys’ predicament.

When it was time for Queen Alicent to appoint Aegon as King, she attempted to win Rhaenys’ support and, when that failed, kept her imprisoned. However, Rhaenys had allies and would flee—but not before making her own statement. The audience would finally get to see Rhaenys riding her dragon as they tore down the Hightowers’ defenses and made it clear who was, in fact, the true heir to the throne.

Related: House of the Dragon Star Emily Carey Was ‘Terrified’ to Shoot Intimate Scenes with Much Older Costar