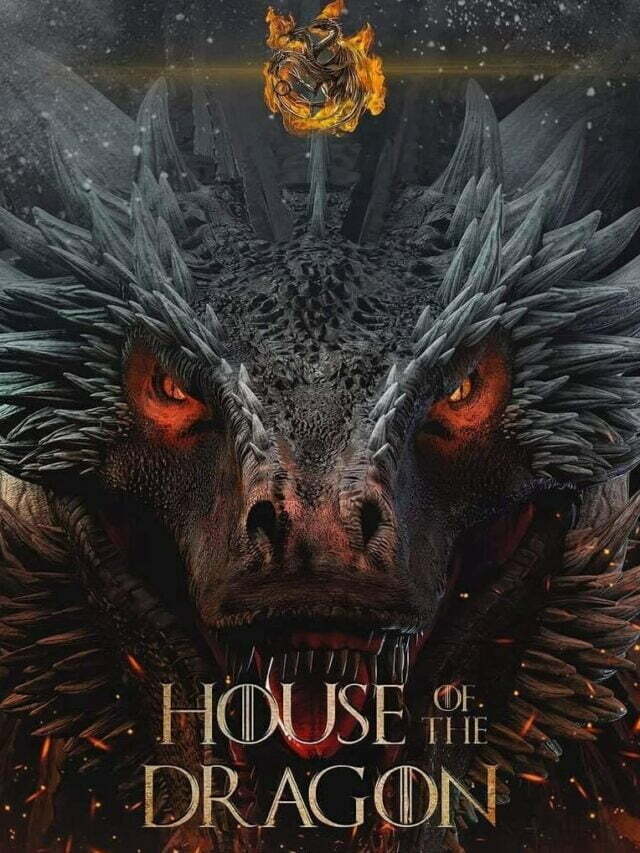 Here is a list of House of the Dragon’s important characters, along with information on the actors that represent them and potential allegiances they may have in the war known as the Dance of Dragons.

The deadly Targaryen civil war described in George R.R. Martin’s Fire & Blood will be covered in the upcoming HBO prequel series House of the Dragon, which is set hundreds of years before the events of Game of Thrones. 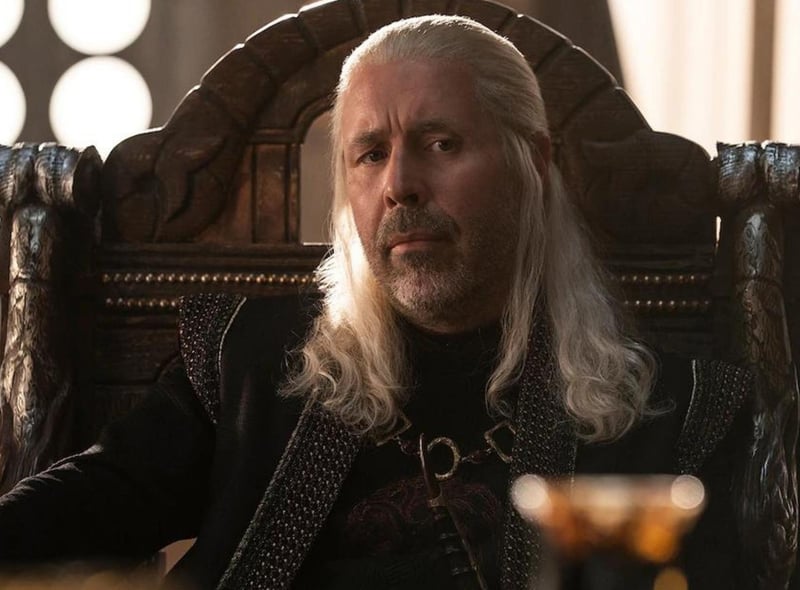 The fifth Targaryen ruler to sit on the Iron Throne is King Viserys I Targaryen (Paddy Considine), and his calm reign sows the seeds of conflict. Rhaenyra, who he had with his first wife Aemma Arryn, is one of his children. 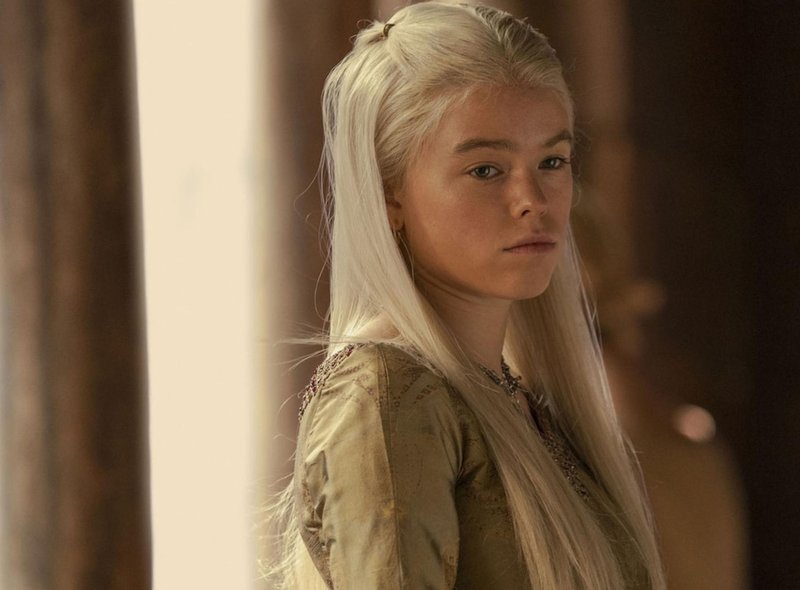 The firstborn child of King Viserys Targaryen and Queen Aemma Arryn is Princess Rhaenyra Targaryen, who was initially portrayed by Milly Alcock and then by Emma D’Arcy. Rhaenyra, also known as the “Realm’s Delight,” is designated the Iron Throne’s successor by her father. However, a lot of people in the realm disagree that a woman should be in power. 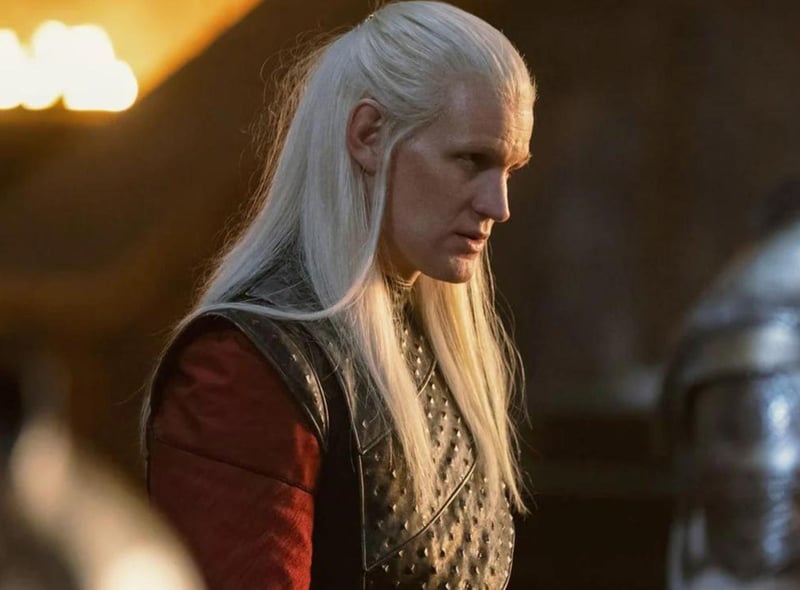 The erratic younger brother of King Viserys, sometimes known as the Rogue Prince, is Daemon Targaryen (Matt Smith). Until King Viserys designates Princess Rhaenyra as his successor, he is believed to be the next in line for the Iron Throne. Daemon, a skilled fighter, flies the Blood Wyrm dragon Caraxes. 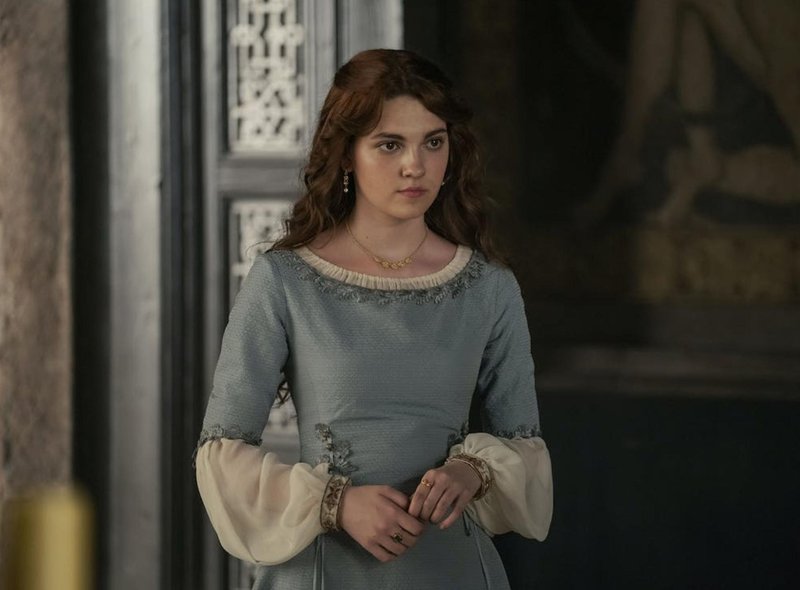 King Viserys’ second wife, Alicent Hightower (played by Emily Carey and Olivia Cooke), is a member of a very illustrious and influential family in Westeros. She and Rhaenyra Targaryen are closest friends at the beginning of the show, and Otto Hightower, Viserys’ father, is the Hand of the King. 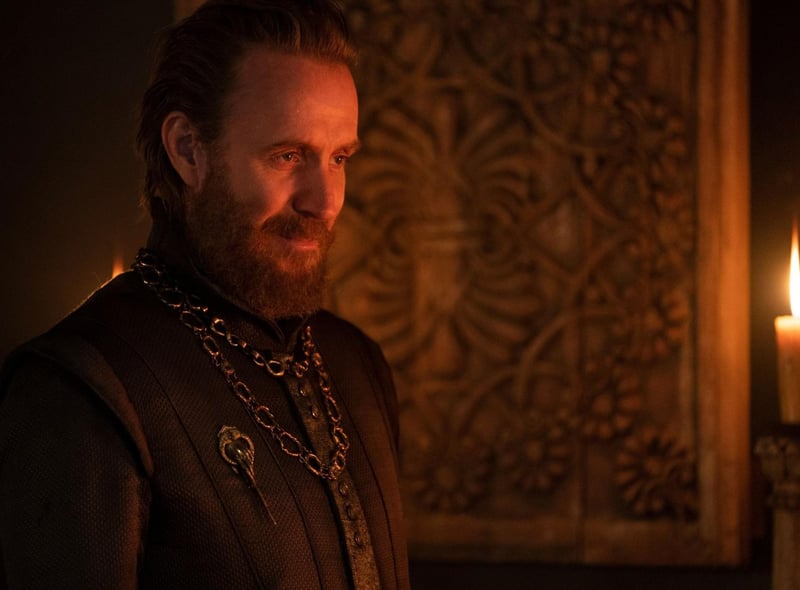 Alicent Hightower’s father, Otto Hightower (Rhys Ifans), is Viserys I Targaryen’s Hand of the King. He is a strong and intelligent man who competes fiercely with Prince Daemon Targaryen. 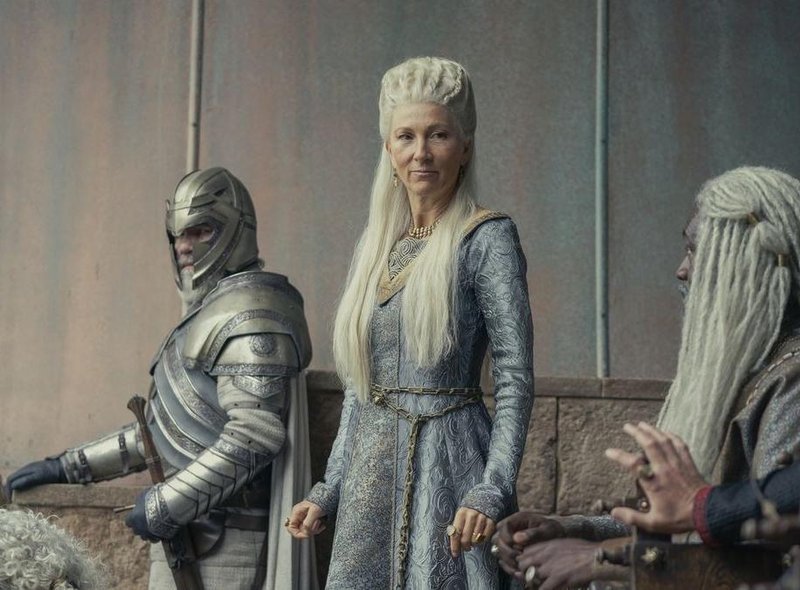 Dragonrider Rhaenys Targaryen (Eve Best) gets wed to Corlys Velaryon. Because a powerful council determined a woman should not hold the Iron Throne, her cousin Viserys was selected to govern instead of her, earning her the moniker “queen who never was.” 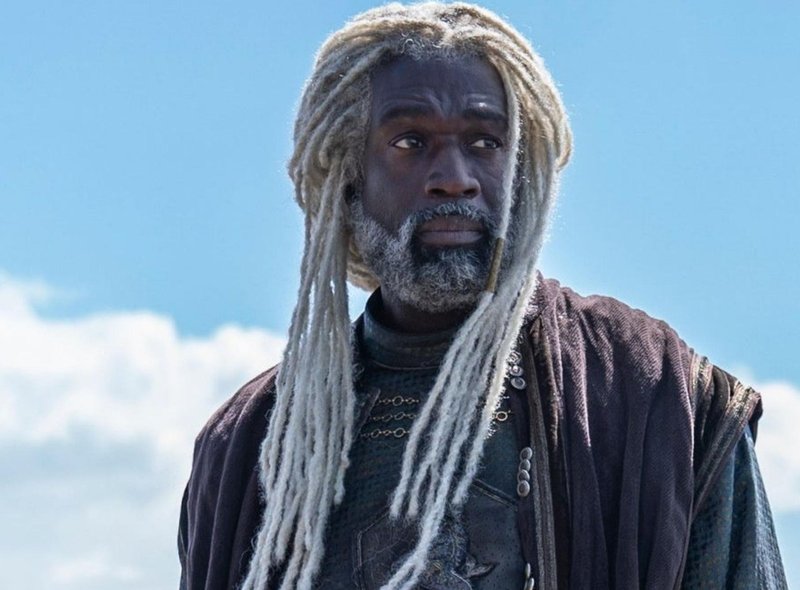 The Sea Snake, also known as Corlys Velaryon (Steve Touissant), is the richest person in Westeros and the admiral of the Targaryen navy. He is a member of House Velaryon, a venerable and strong house with Old Valyrian blood running through them. Laena and Laenor are the names of Corlys’ two children with his wife Rhaenys Targaryen. 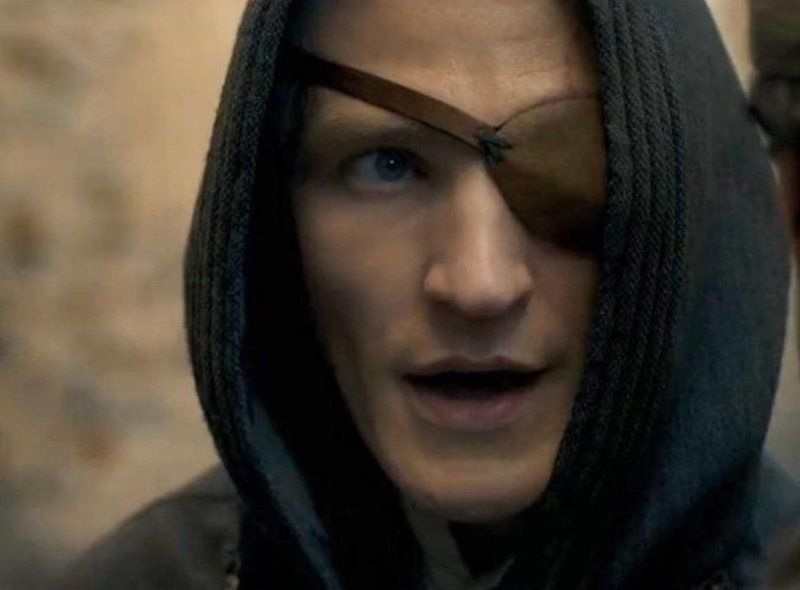 King Viserys and Alicent Hightower’s second son is Aemond Targaryen (Ewan Mitchell), also known as Aemond One-Eye. As he rides the famous dragon Vhagar, he plays a vital role in the Dance of the Dragons. 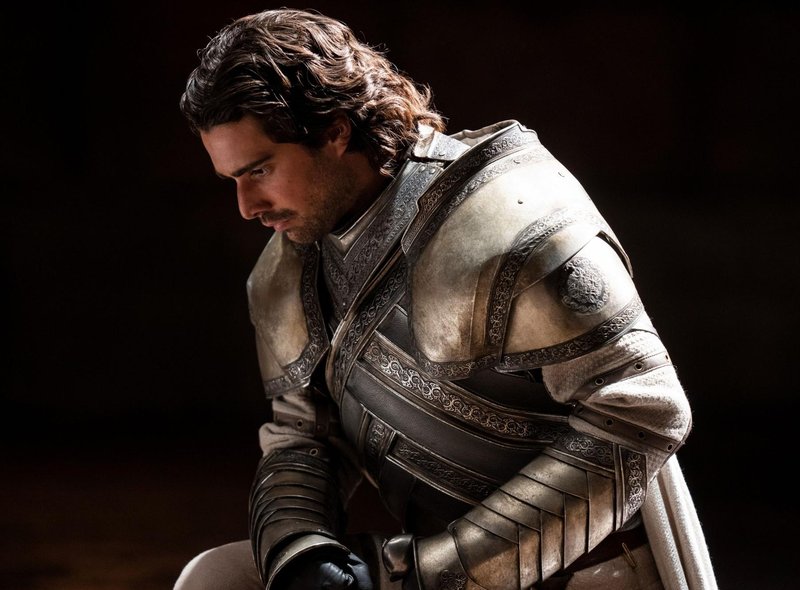 Criston Cole (Fabien Frankel) is a member of the Kingsguard under Viserys I. He has a crucial role in sparking the flame for the Dance of Dragons. 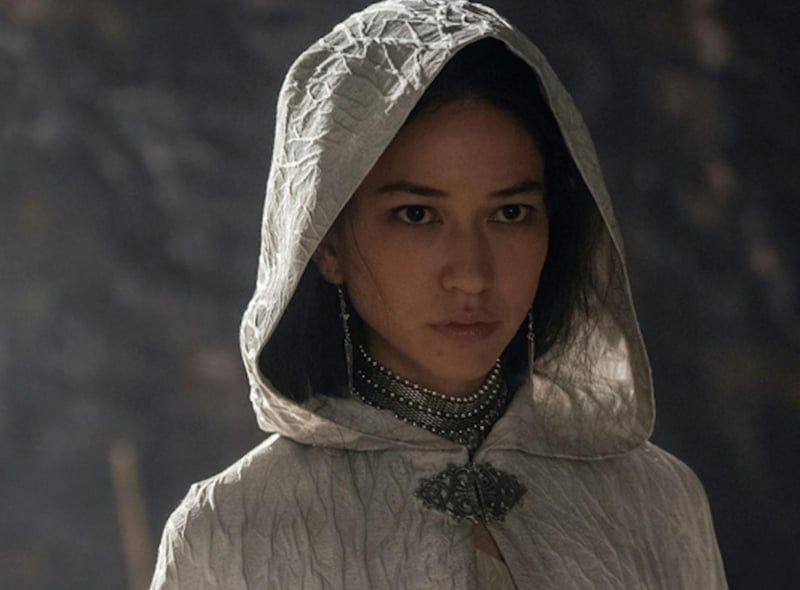 Mysaria (Sonoya Mizuno) is nicknamed both Lady Misery and the White Worm. She is Prince Daemon Targaryen’s paramour, and rises to run a network of spies and assassins. 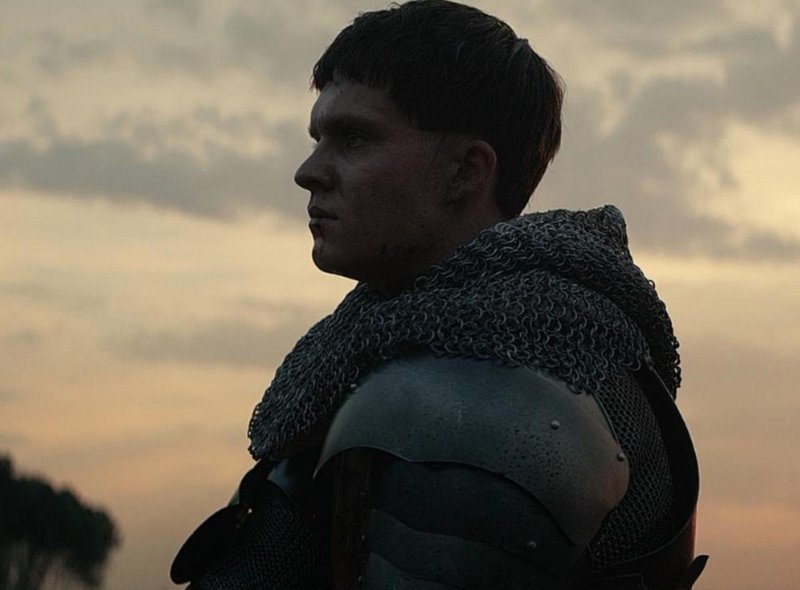 Tom Glynn-Carney will play Aegon Targaryen; you can see him in Netflix’s The King. He is the oldest child of King Viserys and Alicent Hightower, albeit he could not show up as an adult until the next season. Many people think Aegon, who rides the lovely dragon Sunfyre, is the rightful successor to the Iron Throne.