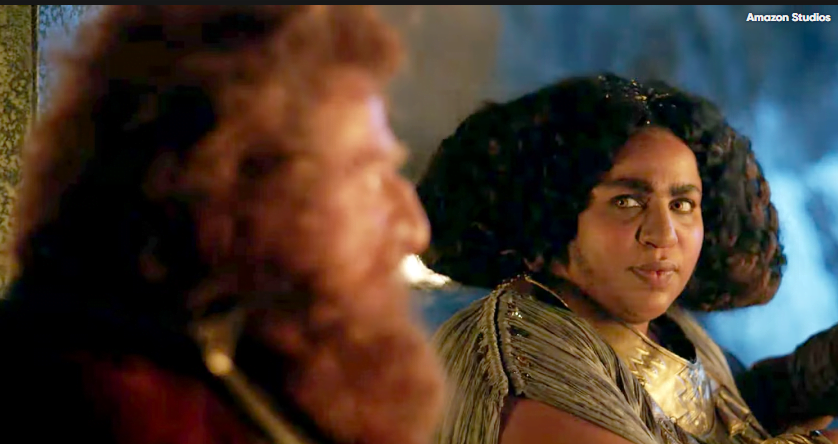 The hosts of a well-known network morning show suggested in response to fan criticism of diverse casting choices in shows like HBO’s House of the Dragon and Amazon Prime’s The Lord of the Rings: The Rings of Power that a group of fans who are criticizing the casting of people of color in these well-liked productions is doing so because they dislike people of color. That could be the case for a few misinformed people, but it’s also conceivable that the morning show watchdogs are looking in the wrong place. There is obviously an issue here, but there could be more to it than just labeling these loud supporters as racists.

Fans who are outraged by varied casting choices are also making this seem like a straightforward problem. Their main gripe is that studio executives are putting their own agendas and contemporary cultural norms ahead of the timeless integrity of cherished brands, rather than paying homage to the original content. But is that charge any more reasonable, truthful, and thought-out than the presumption that fans who oppose to diverse casting choices are racists?

The Lasting Effects of Casting Success

Casting is a difficult process that is simple to ignore. It may assist a movie or television show in becoming a timeless masterpiece or in becoming a forgettable flop. Think about Game of Thrones on HBO. Although a vast ensemble of mostly unknown actors, led by Emilia Clarke and Kit Harington, carried the series, Sean Bean’s star power was crucial to its success. The combination of the narrative, directing, production, and casting gave Game of Thrones its unique quality.

Since the early days of cinema and television, a variety of elements have influenced casting decisions, with star power being only one of them. Style, skill, marketing, and money are some of the additional important factors. But in recent years, representation has started to compete with other factors for attention.

The idea of representation in movies is not new. A strong script has always required to consider the plot, target audience, and message of the movie. Even scripts based on true stories frequently use artistic representation to capture the story’s essence and enhance its emotional impact because movies and shows are ultimately part of an artistic medium and are constrained by the boundaries of time and space just as much as a great painting is constrained by the edges of its canvas.

A fantastic illustration of creative depiction can be seen in Rudy, one of the most well-liked sports biopics ever made. The notion that it actually occurred is one of the reasons that makes David Anspaugh’s 1993 movie so intriguing. However, there are differences between the real-life story and the movie’s plot. Three essential characters were created for the sake of aesthetic depiction in the movie.

One made-up character in Rudy was an older brother who stood in for all the actual individuals in his life who attempted to crush his aspirations. A groundskeeper and a priest who never existed stood in for all the genuine individuals in Rudy’s life who attempted to support his aspirations. Is the movie based on a genuine story? Not with fictional characters that were included for the purpose of aesthetic portrayal. But is it conceivable that the fictional characters improved the movie and made it a better piece of art while still paying homage to the true story? Yes and again. 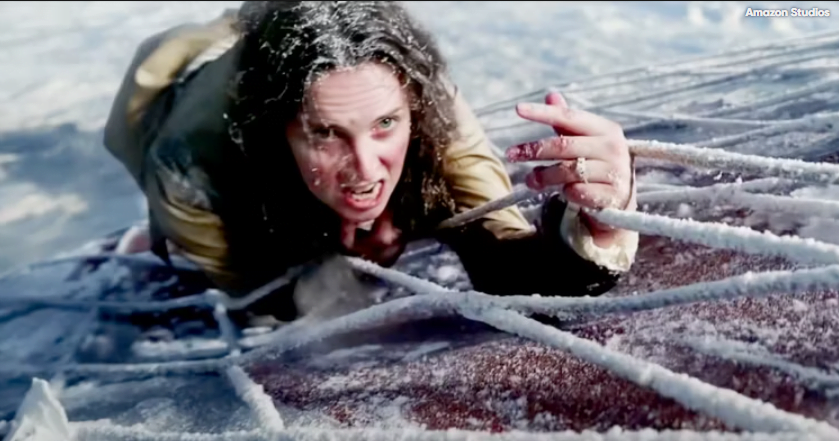 The narrative of The Aeronauts, like Rudy’s, is based on an incredible real-life achievement. In 1862, scientists James Glaisher and Henry Coxwell broke the global altitude record in a hot-air balloon by soaring to nearly 31,000 feet. Mechanical issues caused them to continue increasing, and the 53-year-old Glaisher passed out. Despite the cold and lack of oxygen, Coxwell climbed the balloon’s rigging to release a knotted valve line, allowing them to drop and survive.

Director Tom Harper made the creative and casting choice for the 2019 picture to replace Henry Coxwell with a female, played by Felicity Jones. His artistic reason was to create the most interesting character dynamic, but his cultural reason — that he believes there has been a gender bias against women in both film and science — looms much larger, primarily because the reasoning behind his artistic representation falls apart when examined closely.

The Aeronauts also had many instances of pure artistic representation — decisions to borrow, invent, or alter parts of the story, such as Glaisher’s age — and the director was frustrated that no one questioned those decisions, whereas nearly everyone questioned his decision to change one of the heroes from male to female. However, it demonstrates that there is a very substantial distinction in people’s perceptions between artistic and cultural representation decisions, and that they can identify when something is done for cultural rather than artistic purposes. It is noticeable.

The Difficulty with Cultural Representation

This is a valid issue in a society where individuals revere the things they cherish. Whether it’s great works of art, historical reality, or philosophical truth, fans naturally and properly defend what they care about. Filmmakers and storytellers need to understand a line is being crossed when they decide to paint the expression they’d rather see on the face of the Mona Lisa.

At the same time, those who revere great works of art must recognize that not all cultural expression is profane. How much can a Game of Thrones fan protest to the culturally representative casting in House of the Dragon to make the Velaryons a house of color when the original writer, George R.R. Martin, enthusiastically supported the decision? J.R.R. Tolkien was a caring guy who loved language and myth because he loved people. Knowing that, it’s difficult for him to accept that the varied casting choices in Lord of the Rings: The Rings of Power breach a holy line.

There are instances when cultural representation will disrespect something sacred, but there are also occasions when it will not, and it may even have its own type of honor. Ron Howard’s 1995 film Apollo 13 took great care to be historically authentic, and it’s unlikely that one of its white male astronauts would have been replaced by a person of color or a woman. Can anyone honestly argue that they should have? Denzel Washington was cast as an Italian prince and the brother of a character played by Keanu Reeves in Kenneth Branagh’s 1993 film Much Ado About Nothing. Would Shakespeare have been offended? Both movie were amazing.

Perhaps the outrage over varied casting selections is being taken too far on both sides, as it is with so many other issues these days. Everyone who opposes to varied casting decisions is not racist or sexist, and everyone who makes diverse casting decisions is not trying to damage anything for their own cultural agendas. Rather than striving to win extreme debates at all costs, it may be more beneficial for all parties involved to try listening to and learning from one another. Respect and teamwork of this kind may well result in the highest degree of perfection when it comes to bringing great works of art to the screen.