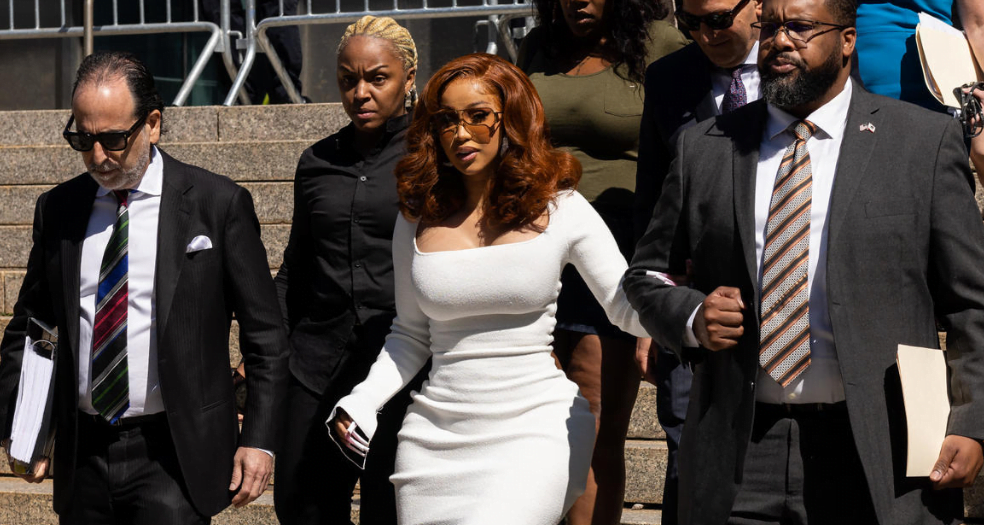 Grammy-winning rapper Cardi B pleaded guilty on Thursday as part of an agreement that mandates that she carry out 15 days of community service in order to end a long-running legal case involving two fights that took place in New York City strip clubs.

As her case was ready to go to trial, the 29-year-old “WAP” singer agreed to a conditional release, saying in a statement that “being accountable for your acts is part of growing up and maturing.”

Cardi B, a native of New York City whose real name is Belcalis Almanzar, entered a plea to two misdemeanor counts related to the fights in August 2018. Ten further counts, two of which were felonies, were dropped. Two further co-defendants entered guilty pleas.

Prosecutors claim that Cardi B and her group were attacking the staff of the Angels Strip Club in Flushing, Queens, over what appeared to be a personal issue.

Melinda Katz, the district attorney for Queens, declared in a statement that “no one is above the law.” “Ms. Belcalis Almanzar and her two co-defendants have admitted guilt and taken ownership of their crimes. The resolution, which calls for the proper community service, is acceptable to our office.”

Cardi B turned down a plea bargain in 2019 that would have granted her a conditional discharge. The two felony counts were included in an indictment that the prosecution obtained after presenting the case to a grand jury.

Cardi B stated, “I’ve made some horrible decisions in my past that I am not afraid to face and own up to. I want to set a positive example for my two kids.”

She continued, “These times don’t define me or reflect who I am right now. “With my family and friends, I’m eager to get past this circumstance and return to what I love most—my music and my fans.”

I Like It and the Maroon 5 duet “Girls Like You” are two of Cardi B’s greatest singles.