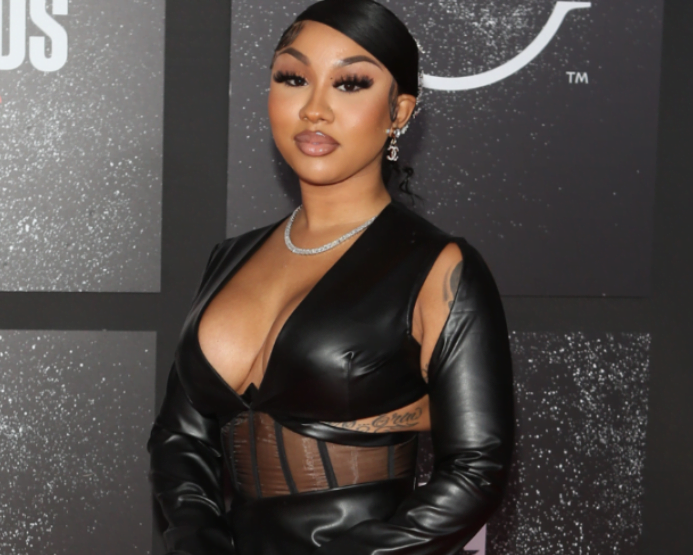 The connection between Moneybagg Yo and Ari Fletcher has kept fans wondering all year. Many assumed that Ari and the Memphis rapper had called it quits when Ari tweeted that she was single during the summer. Shortly after the supposed divorce, allegations appeared that Moneybagg returned the Lamborghini vehicle he had ordered for the social media influencer’s birthday in 2020.

Ari claimed that the vehicle had been repossessed, but she did not address her relationship with the “Said Sum” singer. However, the couple ignited pregnancy speculations earlier this month when Moneybagg shared and then removed a photo of an unnamed lady flaunting her growing baby bulge while wearing a massive diamond-studded ring. Fans quickly assumed he and Ari were having their first child together, but the 27-year-old Instagram influencer didn’t deny or confirm if the snapshot was of her belly when she went live on Instagram last week.

On a new episode of her YouTube cooking show Dinner With The Don on Monday (September 26), she finally addressed the enigmatic photo. Ari answered, “That Was Me,” when her buddy and co-chef inquired whether it was her in the shot. Later in the video, the mother of one stated that she is no longer pregnant following the couple’s loss.

The announcement comes only weeks after the young businesswoman was highlighted in Forbes Magazine. “I’m thrilled and overjoyed. So grateful. This was an incredible interview. “I’m still in disbelief and can’t stop smiling,” she said on Facebook.

Moneybagg tweeted a portion of the article in which he praised his girlfriend, saying, “Ima Rich n*gga, I need a Rich Bih!” Congratulations! [purple heart emoji] Get da money!!! Ari’s unborn kid will be his second, and Moneybagg’s ninth. Congratulations to the couple.

Meanwhile, Moneybagg remains one of the industry’s top rappers. In celebration of his 31st birthday, he released singles like “See What I’m Sayin” and “Blow” last week. Bagg’s “A Gangsta’s Pain” project became his first number one record in 2021.”